Wine Australia, with the support of Vinehealth Australia, has released the 2016 winegrape harvest and crush summary. At first glance it looks like good news for Riverland growers and winemakers and indeed it is from the perspective of calculated average purchase prices. These have increased on average by almost 10%, a welcome relief after a decade of tough prices flowing on from the excessive plantings of the late nineties and early noughties.

The following graphs offer an initial analysis of how the Riverland is rating compared to other SA Regions reported in the survey. 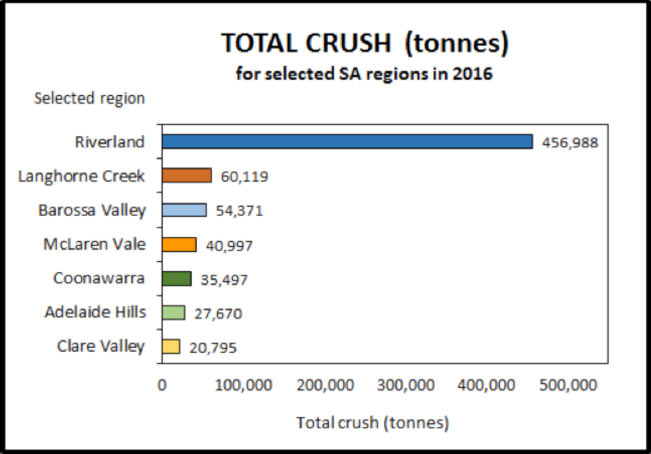 Again, no real surprise here, yields remain high as a response to ongoing very low prices but an increase of just 2,000 tonnes was the lowest increase of any region, an outstanding result given this region’s relative size. 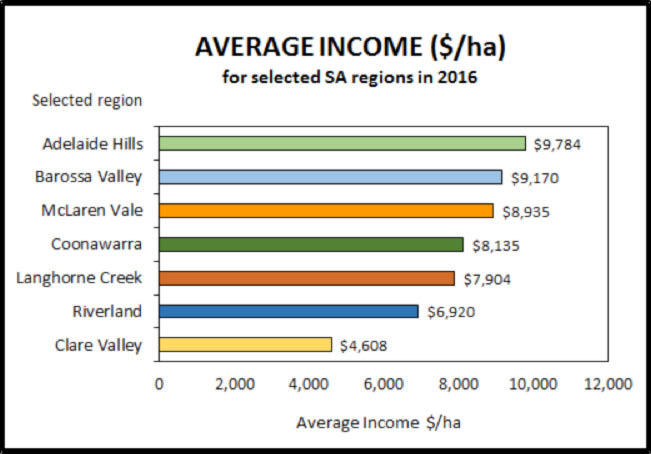 A disappointing result, given the price increase. Riverland rated fourth in 2015, marginally less than Coonawarra and well ahead of McLaren Vale, Langhorne Creek and Clare. The drop to sixth (from 7 regions) reflects the disproportionately lower prices paid for Riverland fruit. 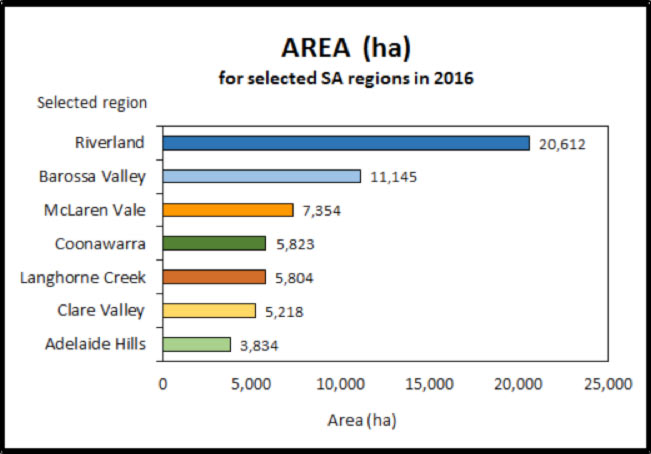 A solid result with a net decrease of nine hectares across the region. Pleasingly, all other regions have contained plantings as well. 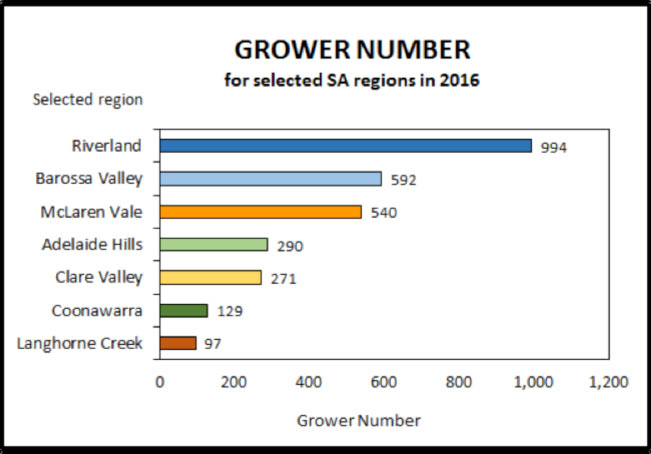 A small decrease again this year with registered vineyards down to 994 from 1,000 last year. This is solid once again, with Riverland continuing to lead the way in structural adjustment terms. 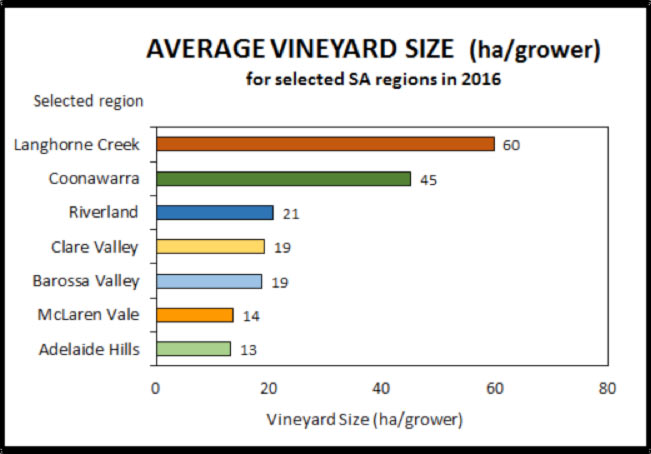 No change from last year but up on average by 8 hectares over the past decade.

The SA Winegrape Crush Survey 2016 by Wine Australia is on the Vinehealth Australia website at: