The Australian winegrape crush for 2019 is estimated to be 1.73 million tonnes – 50% approximately from South Australia and 27.43% from the South Australia’s Riverland.

The crush data is almost all good news for this region. Demand for grapes is strong. Prices have improved for the fourth successive year. Because prices were so weak, percentage increases for most varieties have been solid over the period 2016 to 2019 with an average price improvement across all varieties of 52%. Shiraz has jumped 84%. Several graphs showing these improvements are illustrated here. 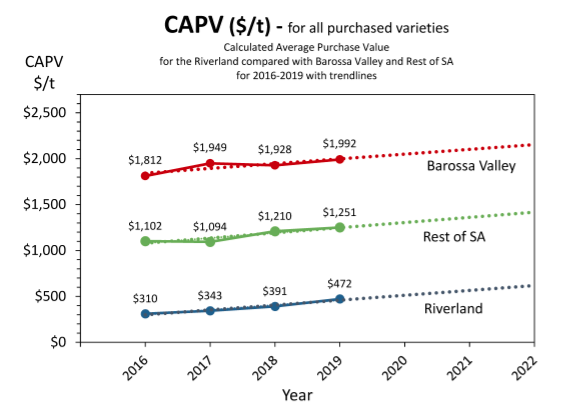 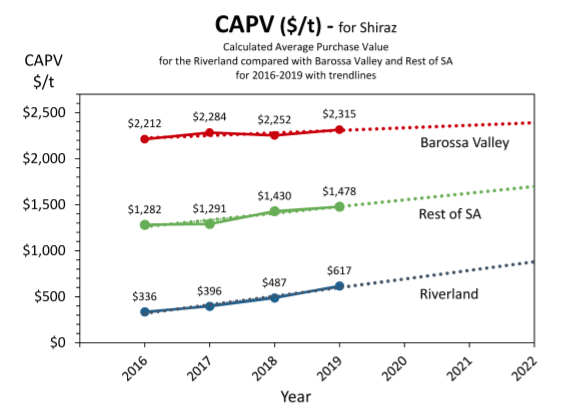 Confidence is firming. Hope is turning to belief; the ‘wrecking-years’ are behind us. The decade of flatlining-prices has yielded a smaller population of growers but a population with much improved operational scale, greater wisdom and the resolve to be recognised as more than the wind beneath the wings of the Australian Wine Industry. Growers and wineries alike are pleased. When prices for grapes are up, it mostly means prices are up for wine as well and the focus can return to improving our competitiveness in the vineyard and the marketplace. The community will benefit as well with farmgate income for Riverland winegrowers jumping from $114M in 2016 to $175M in 2019 (54%).