In recent weeks this column has published plenty of information about the last vintage. We’ve also had a fair bit to say about the current water worries and its true there’s plenty to be done between now and April to manage the vintage.

But, on the bright side, the demand is up and likely to stay up for some time. There’s a fair way to run before the northern hemisphere reveals this year’s vintage results but Europe has had a blazing hot summer with a likely dampening effect on their intakes. Our own Chris Proud will be in California for the vintage so we’ll gain some accurate estimates of what happening over there as well. While those unknowns become clearer, perhaps a moment or two to look at how strongly the Riverland is placed relative to some of the other regions. As well as being the largest Australian supplier of wines for export, the Riverland is still the largest producer of winegrapes measured in terms of tonnes and value. It’s also encouraging to see the Riverland has returned to the top of the table, of all the SA regions, in terms of gross value per hectare. We were there in the year 2000. We’ve been up and down a bit over the 20 vintages but it’s good to be back on top this year. 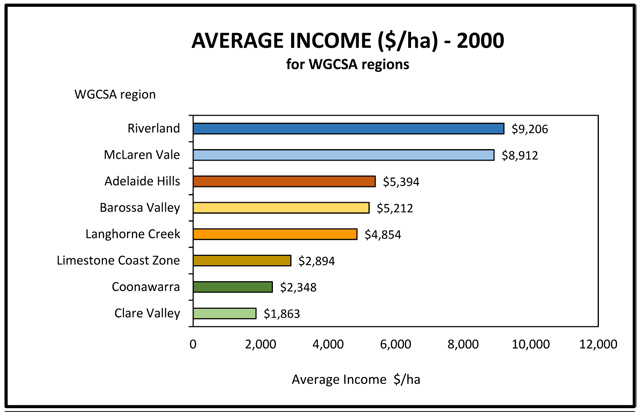 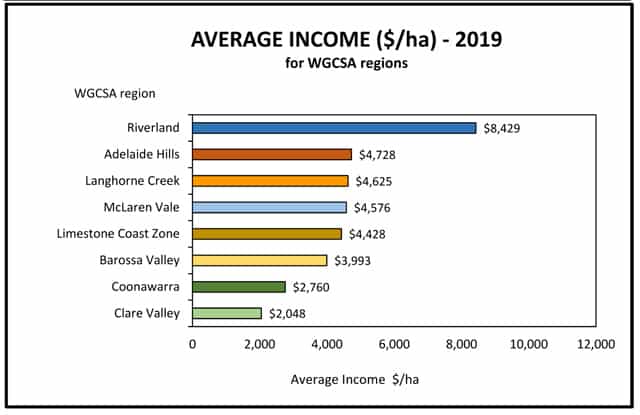 This data is all derived from the Wine Australia Survey.