Regenerative Agriculture is term that has been bandied around for some time now. It’s a new term used to describe what is fundamentally a holistic or ecological view of grapevine production, concentrating on soil health and biodiversity.

It can be applied to viticulture. Brad Nott from Riverland Wine recently interviewed Richard Leaske from McLaren Vale about his experience as a 2019 Nuffield Scholar who investigated and researched best practice regenerative farming systems across the wine sector in Australia, New Zealand, United States and France in order to understand how to successfully transition from more chemically intensive farming models. He explored the key drivers that lead growers to make the transition. Education and training is a key factor. As growers learn more about the impact of their current practices, they tend to seek more information and to analyse productivity and efficiency more carefully. They become aware of the enormous importance of caring for the soil and the overall biodiversity of the environmemnt the vines have to grow in. Balance is the key word. With the tools available to measure inputs, with weather conditions as favourable as those in the Riverland and with oresources to investigate improved farming methods there is every reason to be confident that this region can achieve high levels of output with lower levels of impact on soil and biodiversity in vines.

Richard reveals in his report that he has identified six key pillars of regenerative agriculture and has worked out how they can be implemented into the Australian viticulture context. Richard says that his report is very practical for the intended audience containing a bit of ‘how to’ and a ‘bit of a why’ and highlighting the science underpinning his findings.

Richards full report will be released by Wine Australia shortly, and made available through the Riverland Wine newsletter. 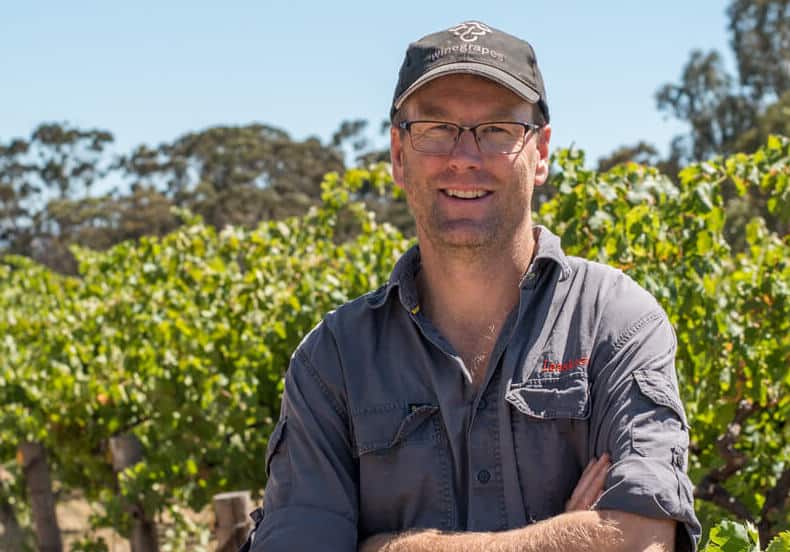