Twelve months ago, for the first time, Ricca Terra submitted a handful of wines to the Halliday Wine Companion, considered Australia’s ultimate wine review publication. Ricca Terra’s expectations were unknown, but their dreams and desire to grow and make premium wines were bolstered when they were awarded five stars – the first Riverland wine business to gain such an award using grapes only grown in the Riverland.

Additionally, three wines gained scores of 95/100 and Ricca Terra were listed in the top 10 new wineries in Australia – understandably the Ricca Terra team are excited and proud.

Co-owner of Ricca Terra, Ashley Ratcliff said “Entering our wines again in the 2021 Halliday Wine Companion was a risk. We could have settled with our first year’s effort and ridden the accolade for several years, but curiosity got the better of us and we re-entered again. It was a relief to open up the somewhat bible sized 2021 Halliday Wine Companion and see another five stars against our name”.

Other Riverland wine businesses that did a stellar job this year were 919, Whistling Kite and Delinquente Wine Co, all achieving four-and-a-half-star ratings. Such results demonstrate that the Riverland is a premium wine grown region. 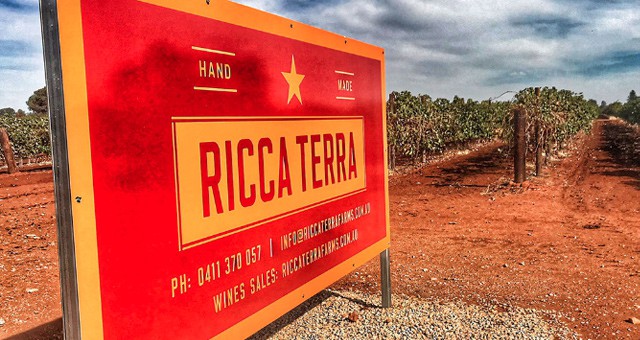