The heart of the Murray

The definition of team is ‘a group of individuals working together to achieve their goal’. Here, grape growers are the key players.

100 years of history and more than 52 wine grape varieties? A very special community.

In a nutshell, CCW Co-operative Limited is a member-owned wine grape co-operative that has worked with Riverland wine grape growers since 1922.  “It’s a community,” says commercial manager Melanie Kargas, who works in a small but passionate team of five people. Together, they keep cogs turning and look after hundreds of growers. “We are the largest co-operative in the southern hemisphere,” Melanie says. “It’s not for profit and has been for a century.”

CCW’s operating profits are returned back through to the grower members.

Today’s grape growing members are a mix of salt of the earth farming folk and vineyard dreamers (big and small). The mix comprises no less than 14 ethnic backgrounds. “They are quirky and diverse,” Melanie says. “You could have someone with 1500 hectares and then the grower next door has half-a-hectare. They are all equals and my job is to make sure that every person in the chain is smiling.”

The motley crew celebrates its 100-year anniversary this year (with a grower dinner and a riverside cricket match or two no doubt). When they gather, many reminisce about days gone by.

“There are so many stories,” Melanie says. “Two families of growers have been with CCW since day dot. One of the growers still picks his Doradillo by hand.”

In the beginning, returned service settlers formed the Berri Co-operative Winery and Distillery Ltd. The co-operative was formed to process and market grapes grown by its members and mainly consisted of fortified wines such as ports, sherries and brandy.  Fast forward 100 years and CCW is the major supplier of grapes to Accolade Wines and the majority of the fruit is processed at Berri Estate Winery – the largest in Australia. An annual intake capacity of 200,000 tonnes of grapes is serious business.

“It’s gone from horse and cart days, to tractors, then semi-trailers,” Melanie says.  In addition to her role as commercial manager, Melanie is a winemaker and viticulturist in her own right. She is passionate about giving growers the credit they deserve. “I’m always telling them they are the most important part of the process. They are the first step. They’re not just the grower… They’re the basis of everything’.” She pauses, thoughtful “A lot of winemakers don’t give credit where credit is due. They like to take the rap for themselves. I’ve never been one to do that.”

Melanie is passionate about organics and spends much of her time visiting growers in their vineyards. “Putting the Riverland on the organic map has been my dream since 2008,” she says. “If people want organics, this is where they should come – that’s the vision.”

The quest for organic certification is a collaborative, region-wide work in progress. So too is the new wine brand Heart of the Murray, due to launch later this year. The wines are labelled simply (think Grower’s White Blend and Grower’s Red Blend) and will showcase CCW member’s fruit in an approachable, tasty way. They are a heartfelt ode to the community that calls the Murray and its surrounds home. The names mean the blends can change each year.

“It’s predominantly going to be the varieties that people usually don’t give a crap about,” Melanie says. “There’s a bit of Mataro, Grenache (which has come back into fashion), and some Cabernet Sauvignon. I tried some Petit Verdot the other day and it was so full of violets I thought, ‘I have to put this in a blend.” She smiles. “It’s a mix of things I think represent the best of what the growers do and what we do.”

Any wines made by Melanie since 2011 have been vegan-friendly and this has been continued at CCW. The approach in the winery is no fining, and minimal use of sulphur. “In the winery we let the fruit be what it needs to be.”

There won’t be any tasting notes on the back of the Heart of the Murray bottles, just a tribute to the community that grows the grapes. “The Heart of the Murray wines will be very grower-focussed,” Melanie says. “That’s what gets me up in the morning… and it’s something the growers can be proud of.” 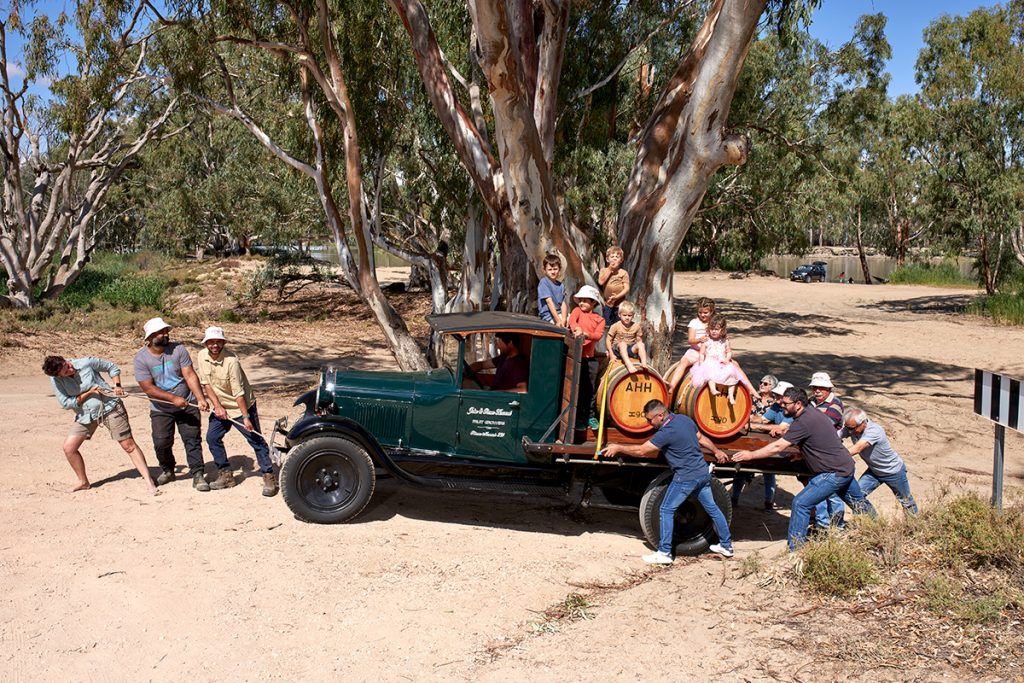 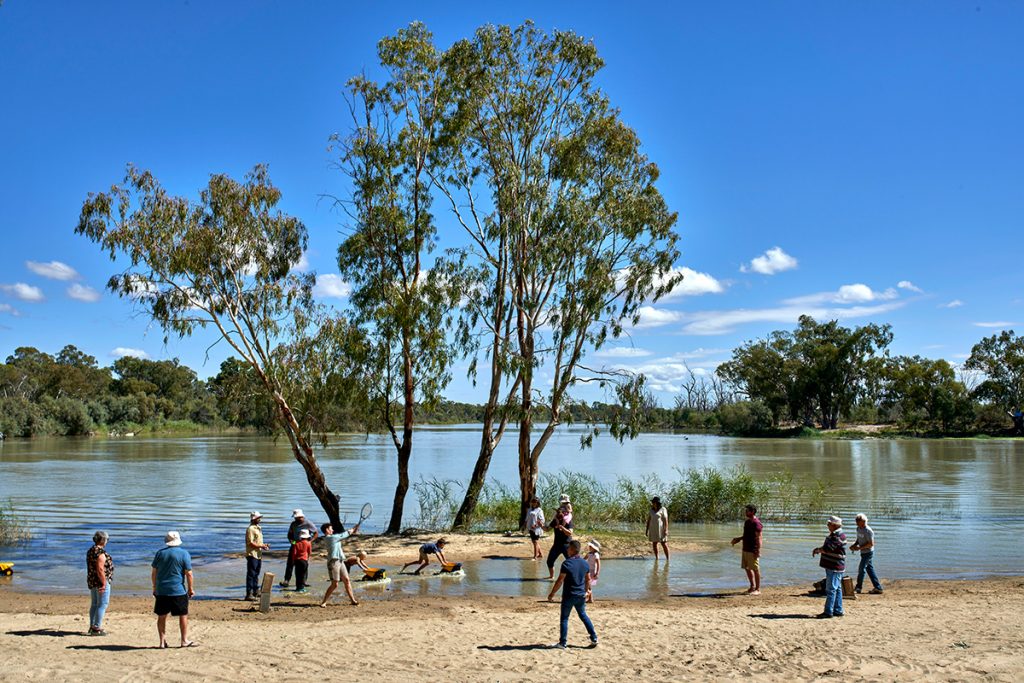 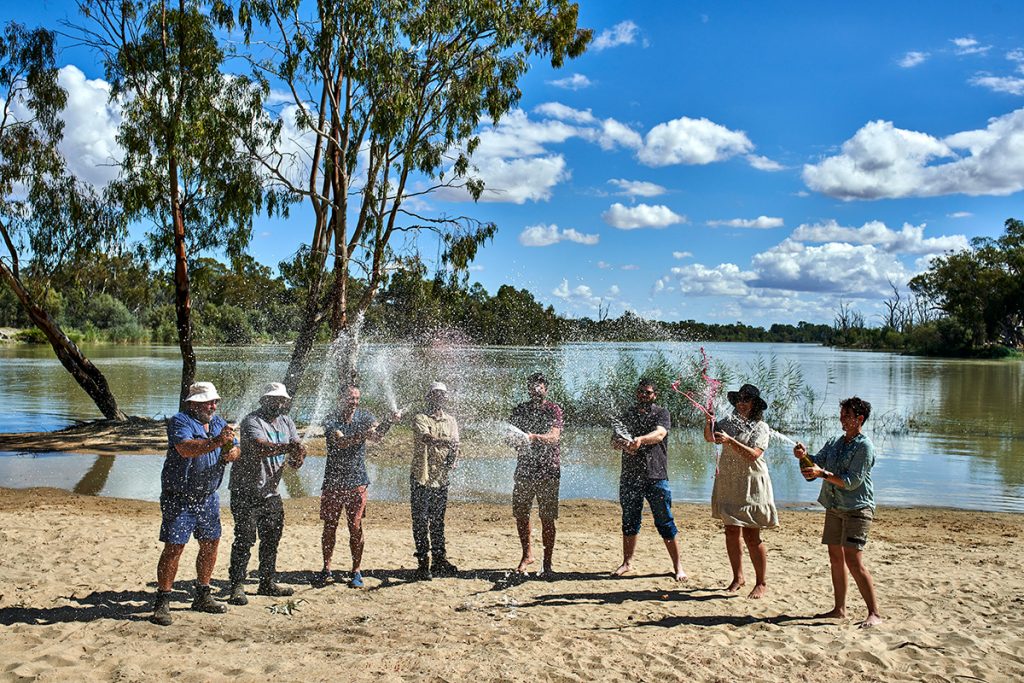 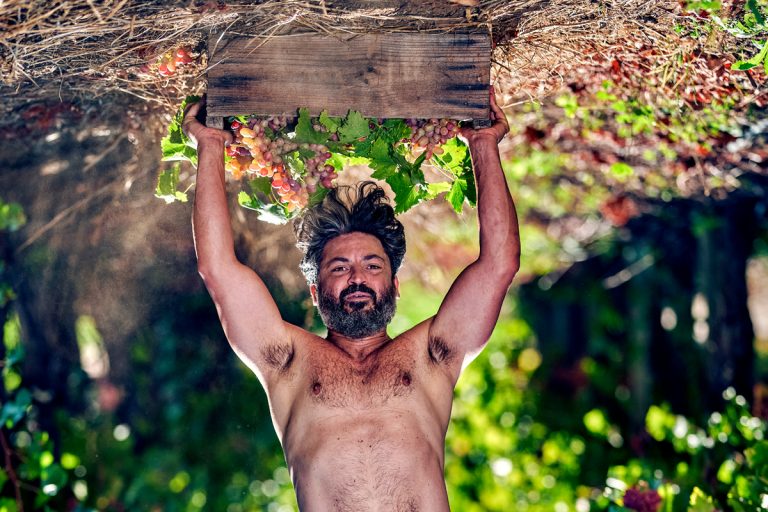 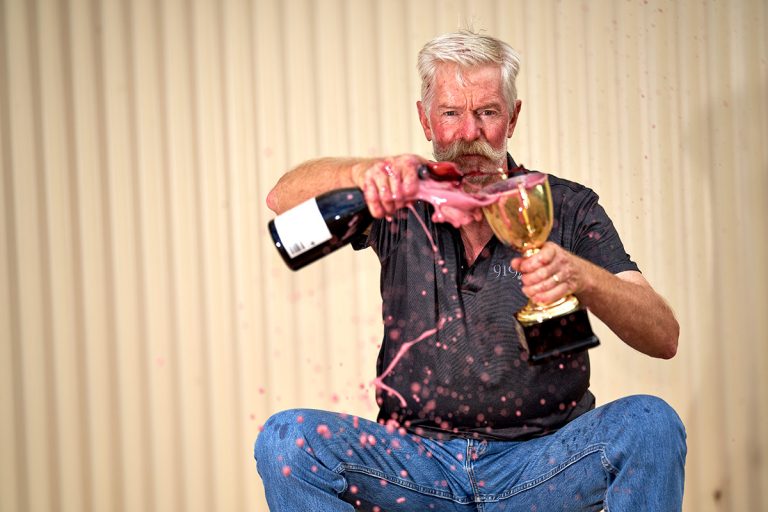 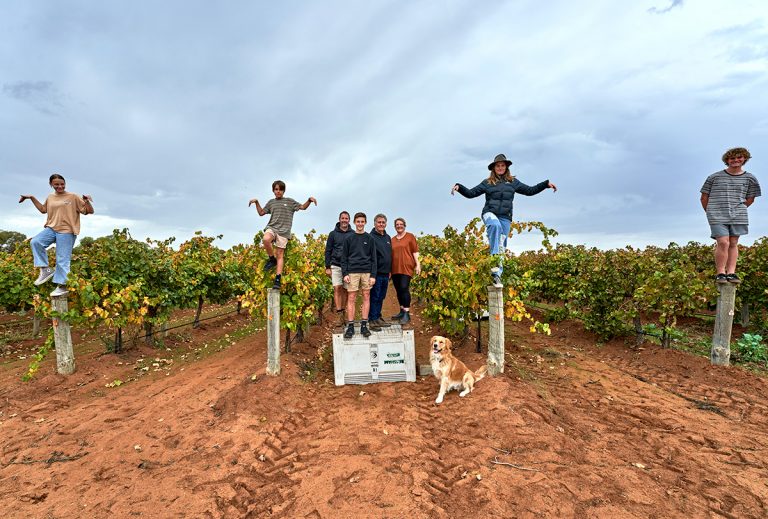 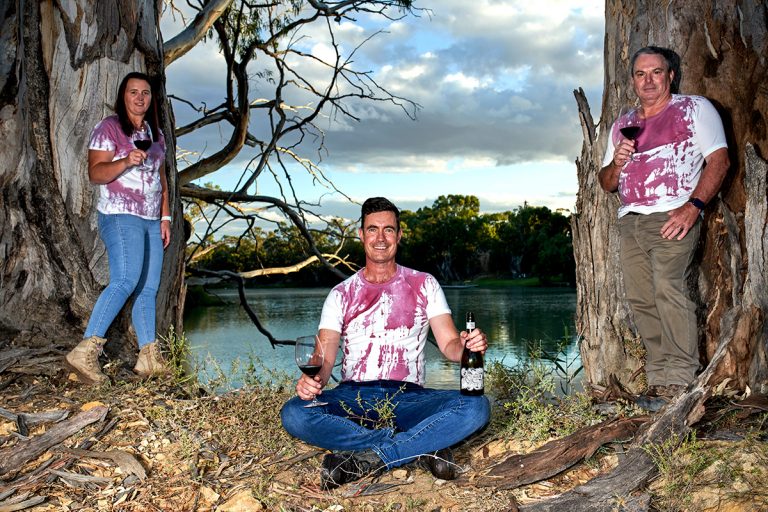 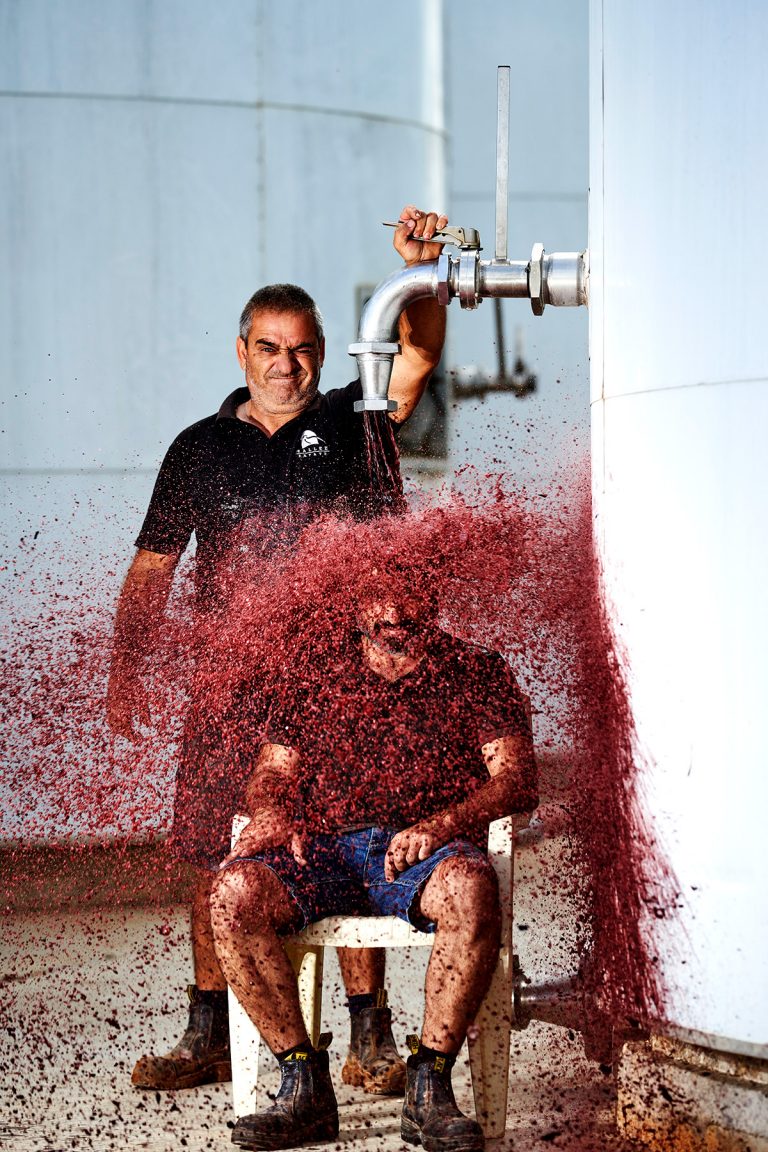 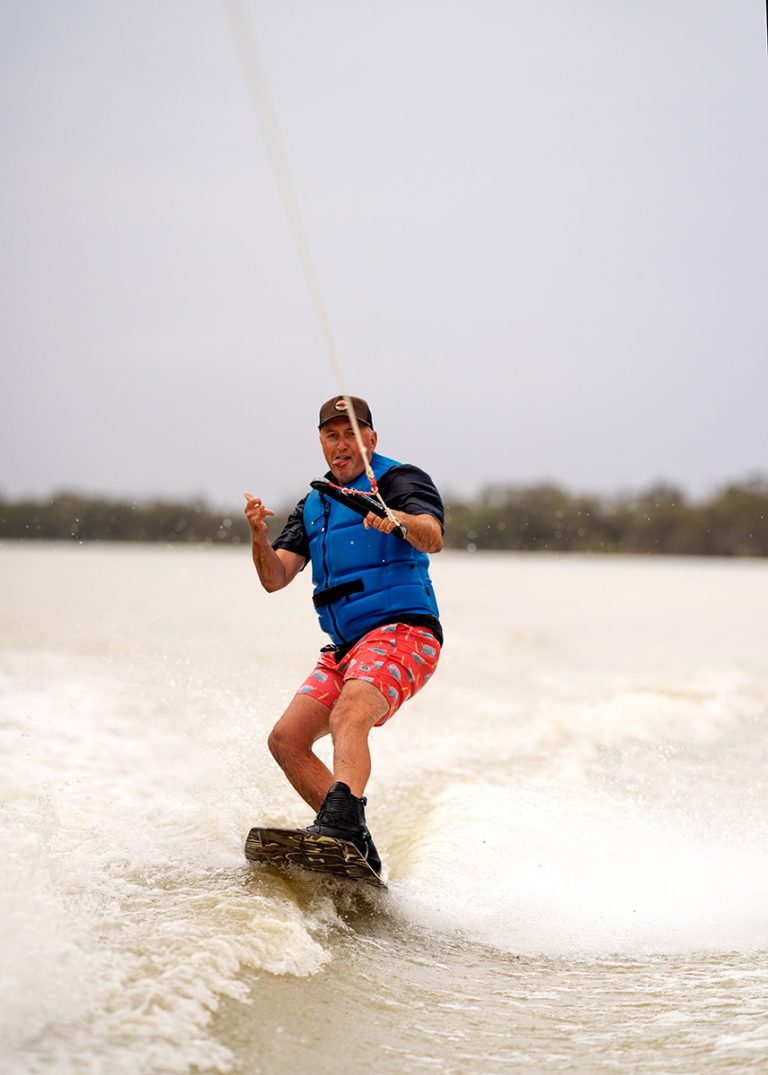 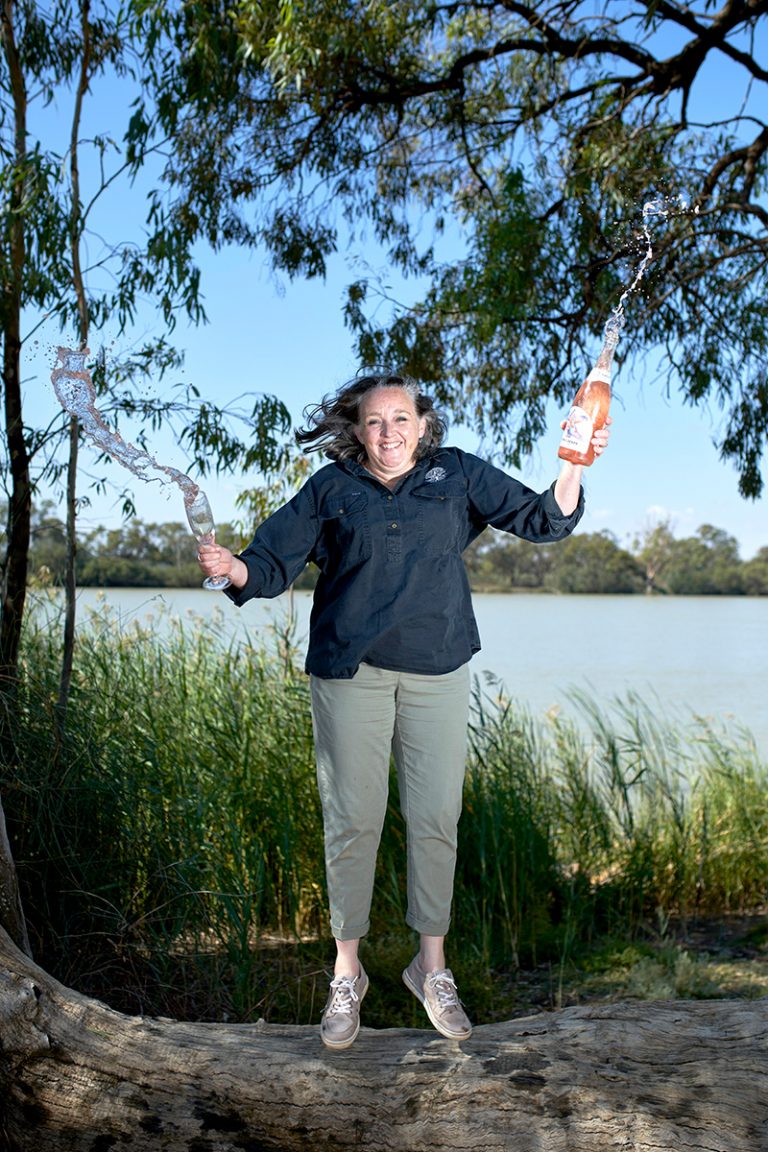 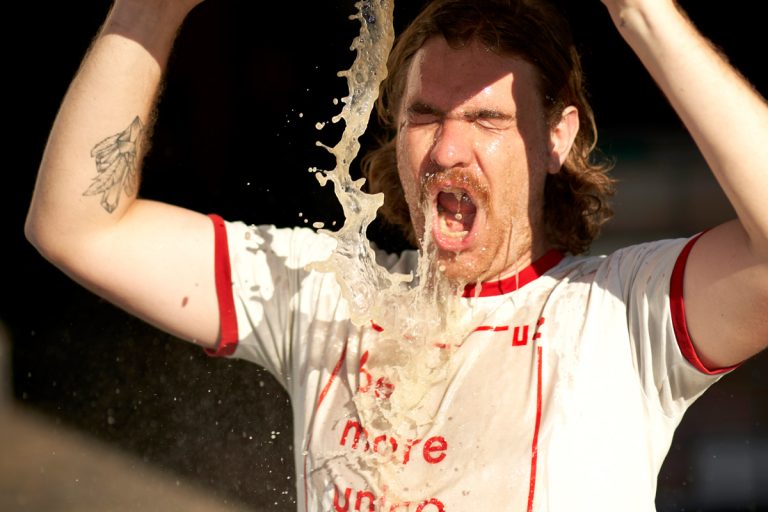 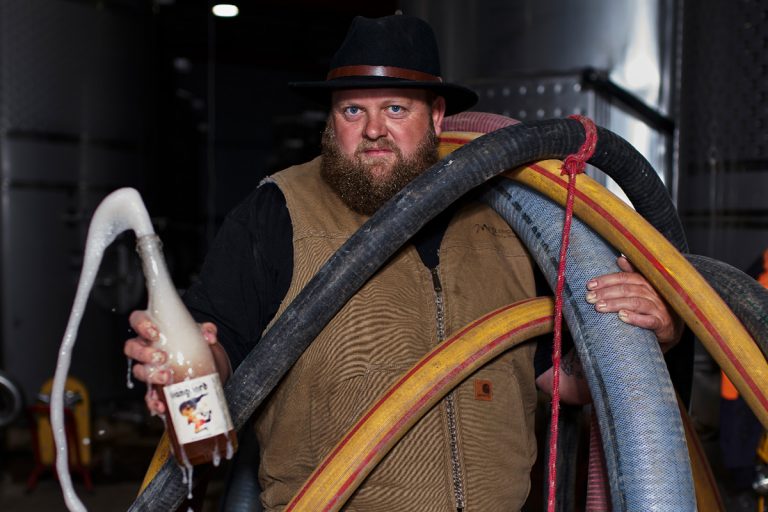