Meaning ‘water place’ in the language of the Barmerara Meru clan of the Ngawadj people, who first inhabited the land back in the dreaming, Barmera is a stunning township located on the edge of Lake Bonney.

Barmera and the land around it was settled in 1859 with the establishment of the Overland Corner Hotel, which still stands today and is heritage listed. With its proximity to Lake Bonney, a fresh water lake with sandy beaches and plenty of activities to enjoy, it remains one of the most important rural centres of the Riverland region.

Barmera exists in a semi-arid location and is surrounded by mallee scrub. It is 29 metres above sea level and receives less than 250mm of rainfall per annum. Barmera has a dry climate with hot summers and warm days, and cold frosty nights in winter with seasonal temperatures a few degrees above Adelaide’s temperatures.

Positioned on the banks of a stunning fresh water lake, there is plenty to see, do, eat and drink in Barmera. Lake Bonney itself provides endless entertainment with swimming, fishing, boating, waterskiing and canoeing all on offer. The town has a selection of arty boutiques and friendly café life so it’s the perfect place for high tea or a coffee stop. Accommodation options are available in and around town, and you can’t pass through without stopping at the iconic Overland Corner Hotel, like the drovers and pioneers before you, to soak up a beer and some history. 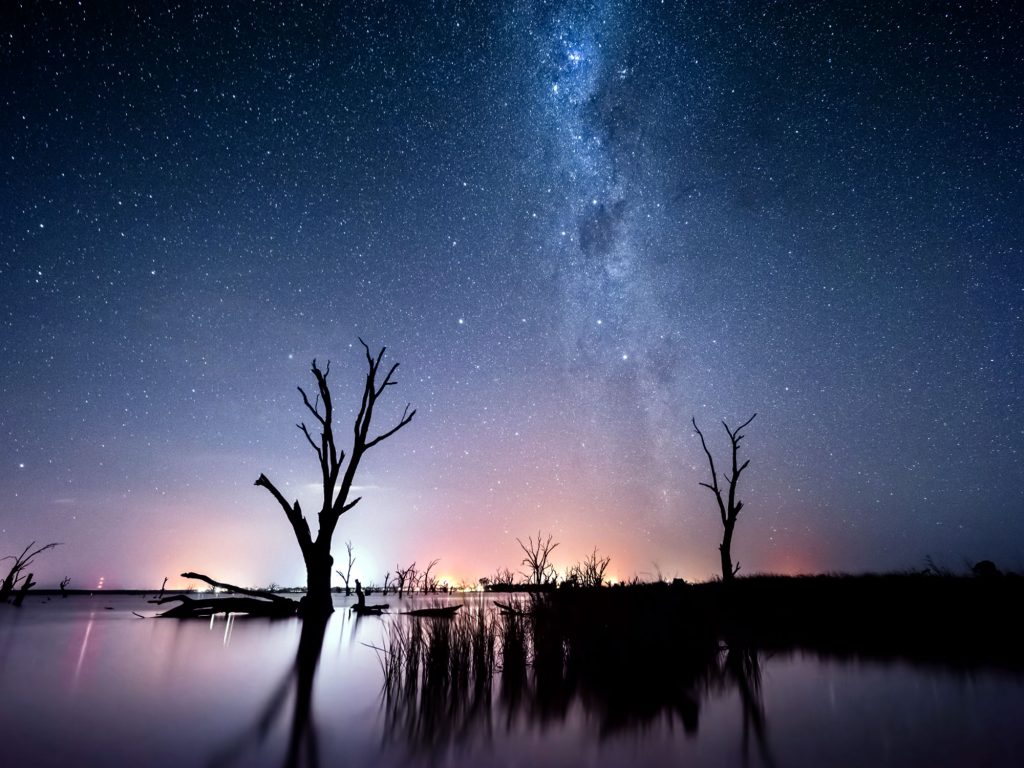 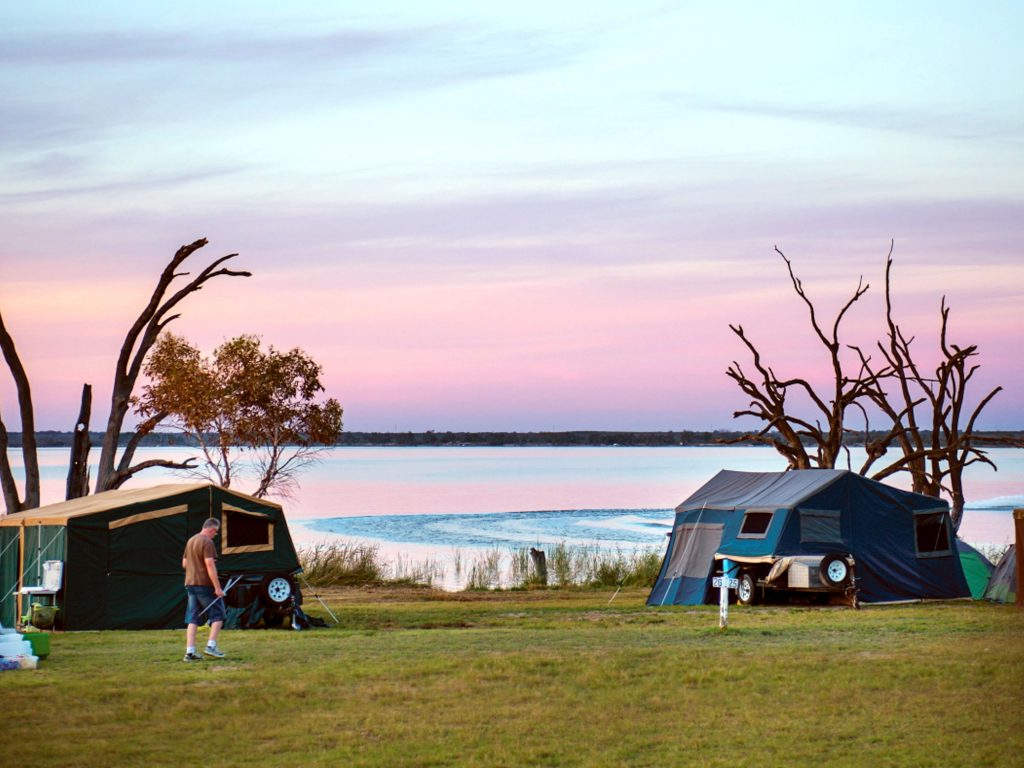 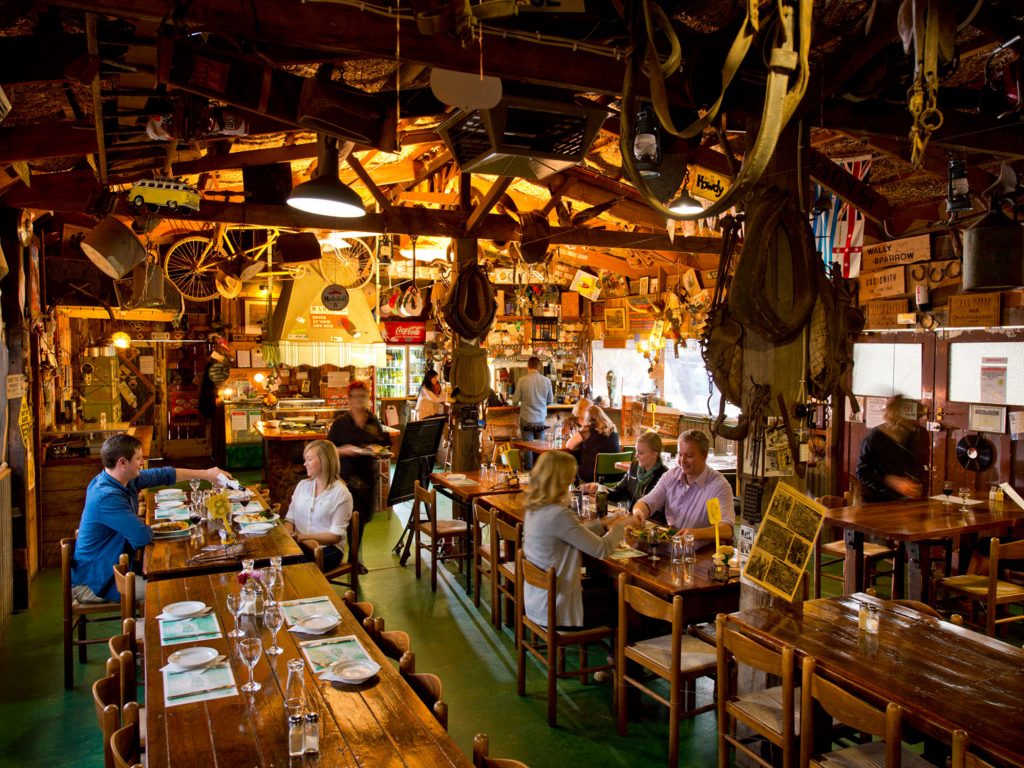 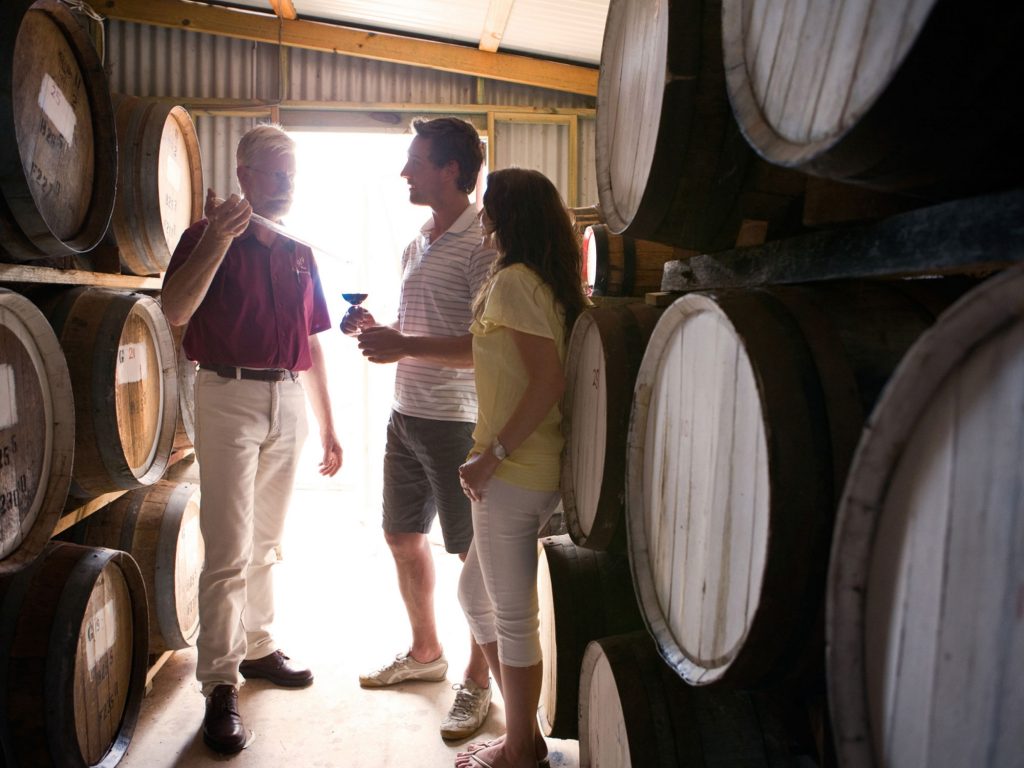 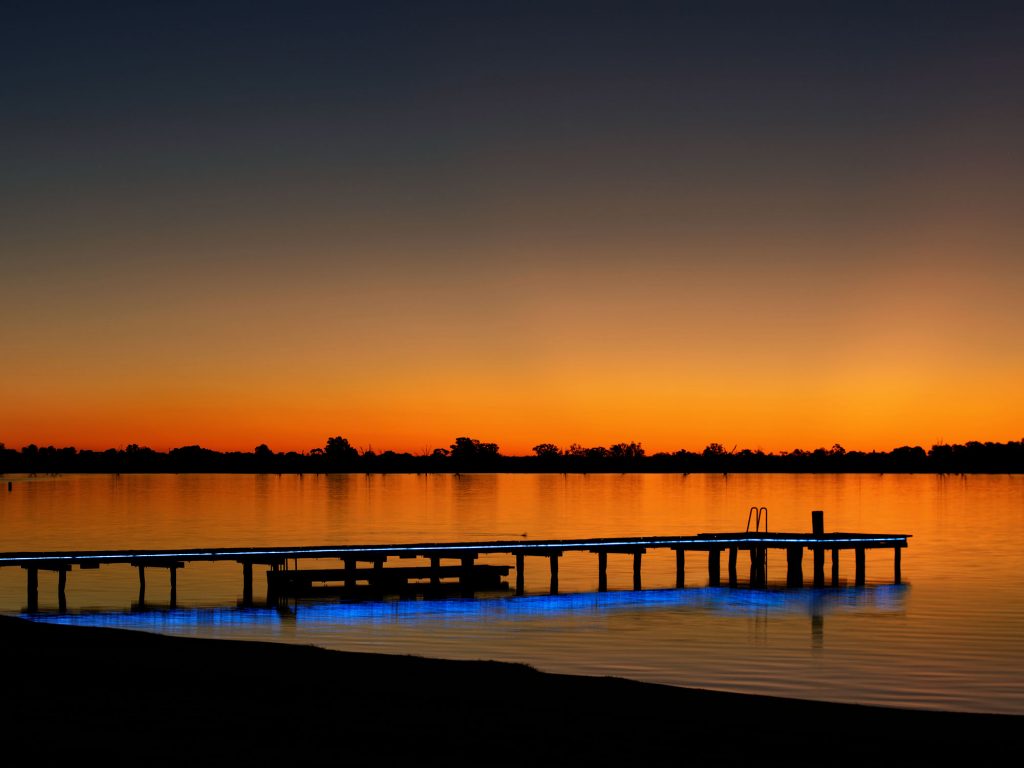 Vines were established in the Barmera area in the early 1900’s, when the Soldier Settlement Bill brought many new Australians to the area and the town was gazetted.

Today, Barmera and its surrounding lands remain instrumental in the region’s wine producing influence and many established wineries and vineyards call it home. It has become a hotspot within the region for organic, biodynamic and alternative premium and boutique wine thinking, growing and producing, leading the way in sustainability practices. Banrock Station, an ecological wonderland, is located in this region, and its wetlands provide stunning representation of the bountiful river ecology.

Like much of the Riverland, wine is grown and produced in a warm, dry, Mediterranean climate featuring cool winters with some rain and warm, dry summers.

Soils are diverse depending on where in the Barmera region vines are located, and the proximity of the river and Lake Bonney. However, there are three main types. River valley soils on the lower ground are mostly loams and clay, while Mallee Soils on the higher grounds are windblown sand over lime and clay layers. The soils around Lake Bonney are a mix of both and unique in themselves as they are ancient river flats and prone to flooding over the years.

Both red and white, and traditional and alternative varieties are grown along this stretch of river with much success.

Lake Bonney was first seen by Charles Bonney and Joseph Hawdon in 1838 as they drove cattle along the Murray River from New South Wales to South Australia, and from this time on, the location became a popular route for this trade. The land was settled in 1859 with the establishment of a township including the now heritage listed Overland Corner Hotel, a police station and other civilised facilities.

An irrigation system was established in the town in 1921, when it was gazetted. An influx of World War I veterans settled with promises of irrigated land from the government as a part of the Soldier Settlement and its population grew. A railway station was opened in 1928 and the town was proclaimed in the same year. In World War II, an internment camp was established south of Barmera in Loveday and was one of the largest internment camps in Australia.

Today Barmera remains one of the five most important regional centres in the Riverland and is surrounded by other horticultural endeavours of many types, including citrus, wine grape and almond orchards.

Cellar doors and wineries in Barmera 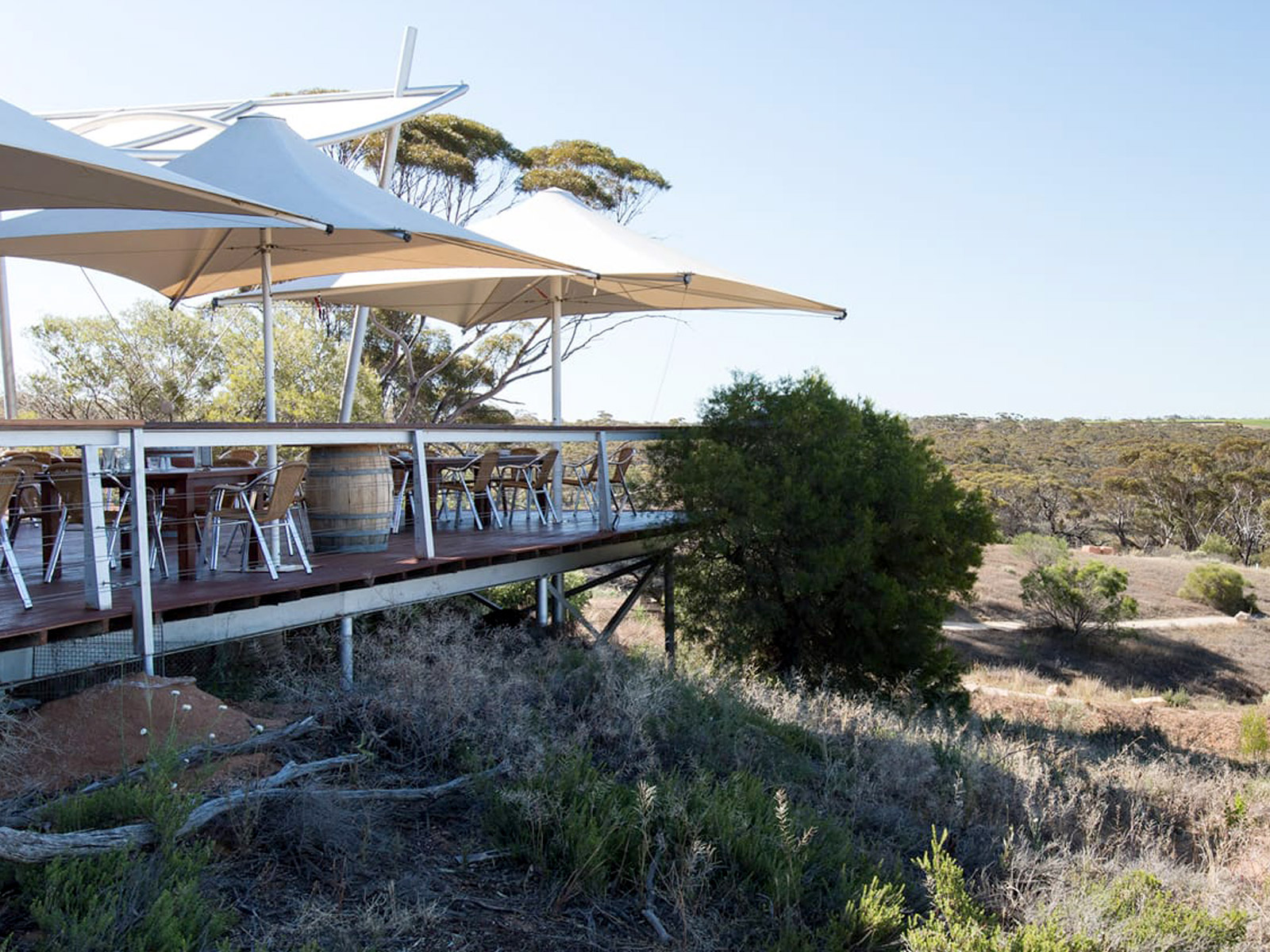 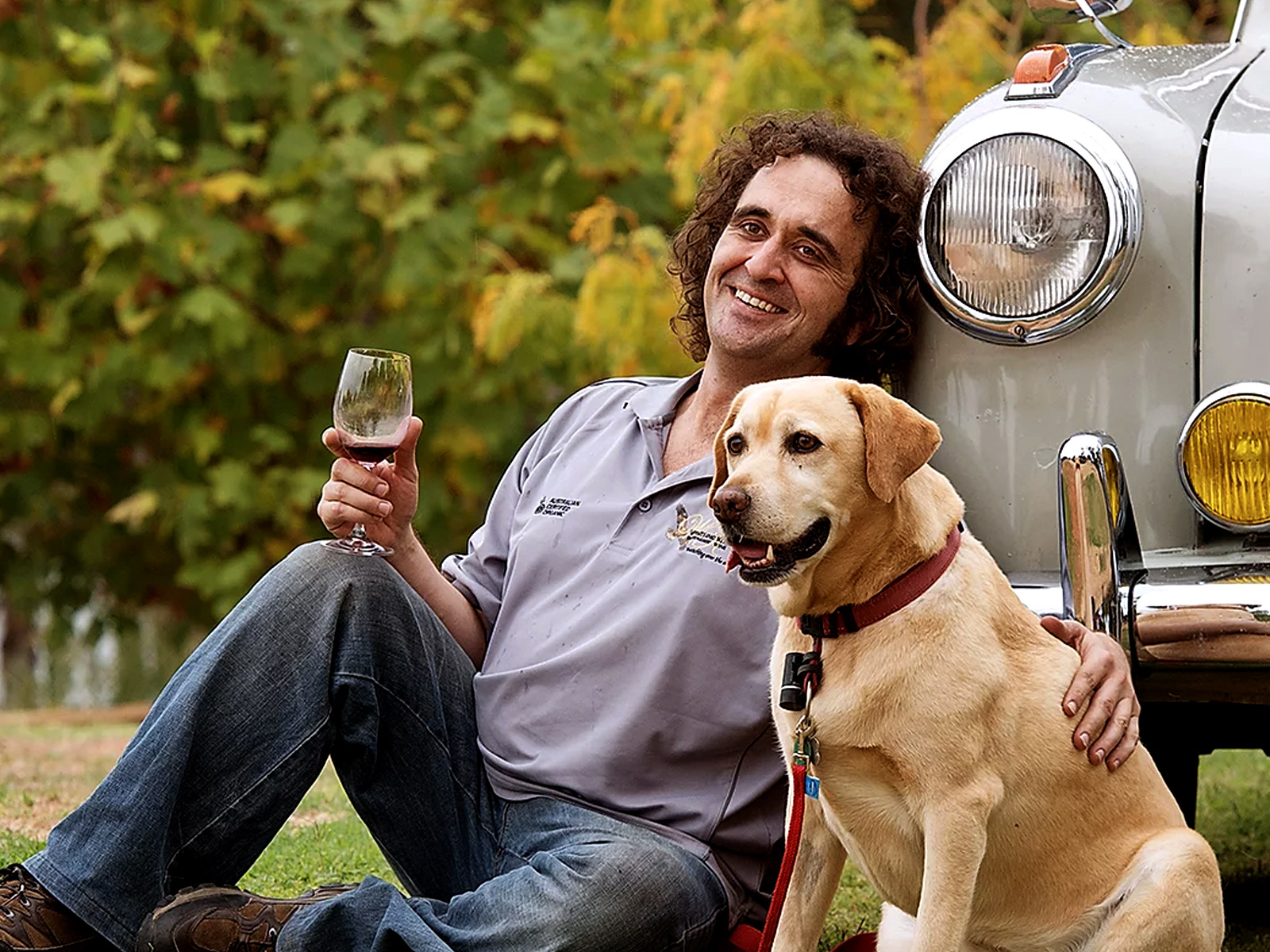 Other experiences producers and activities in Barmera